The Greatland Gold (LSE:GGP) share price hasn’t had a great year so far. Since the start of 2021, the stock has fallen by over 50%, as nerves surrounding the upcoming publication of its pre-feasibility study start to mount. The report is looking specifically at the economic viability of its flagship Haverion project. This joint venture with Newcrest Mining is estimated to contain up to £5.5bn worth of gold. And if an unfavourable conclusion was the outcome, the GGP share price may soon collapse back to where it was before the hype surrounding Haverion came into the picture last year.

But recently, the stock has been on the rise. In fact, since late August, it’s up by almost 15%. So what’s behind this new-found growth? And is this year’s fall in the mining stock a buying opportunity? Let’s take a look.

It’s not that long since I last looked at this business. But it has recently published more encouraging progress at its Juri site. Juri is another joint venture with Newcrest at an earlier stage of development. There has yet to be an official mineral resource estimate. However, at the beginning of September, the company released the first set of drilling results, which showed promise.

They confirmed the presence of medium-grade gold equivalents at two of the drilling holes starting from a depth of 226.5 metres. We’re still waiting on the results from two other mineral assays expected to be released in October. But nonetheless, the published figures confirm a discovery. So, I’m not surprised to see the GGP share price on the rise.

Now that the presence of precious metals has been confirmed, the next stage is to perform an electromagnetic survey to better understand mineral concentration at the target drilling sites. This is scheduled to commence this month. But performing this type of survey is a time-consuming process. So, it’s currently unclear when this stage will be finished.

These first sets of results mark the completion of quite a major milestone. And it’s one that many young exploration companies fail to meet. However, there remains a long road ahead. It’s still entirely possible that Juri may not live up to expectations, whether that be caused by an underwhelming total resource estimate or if its future pre-feasibility study determines the project as unviable.

At this stage, there remain many unknowns. And perhaps that explains why the rise in the GGP share price was only a modest jump compared to what was seen last year. 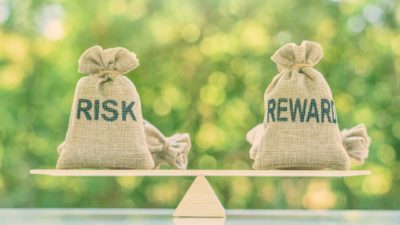 Today’s valuation of the share price is still mainly influenced by the outcome of Haverion rather than Juri. When the pre-feasibility study is completed, the stock could be in for an explosive performance should a favourable conclusion be reached. Of course, the complete opposite is also possible if disappointing news were to arrive.

Regardless, we’ll soon find out. But personally, I’m not interested in exposing my portfolio to this risk, even if the shares look cheap compared to recent levels. And therefore, I’m keeping GGP on my watchlist for now.

Is now FINALLY the time to buy Lloyds shares?

Lloyds shares have leapt in value as market confidence has improved. Should I buy the FTSE 100 bank before it…

The London Stock Market is packed with top high-dividend stocks to buy. Here are a handful I'm considering buying, despite…

I’m looking to build a portfolio of assets that will pay me an income in my retirement. Here’s how I’m…