Not all companies have profits to measure, but nearly all have sales figures we can analyse.

Continuing with my recent look at various ways of getting a handle on the value of a company’s shares, today I’m going to examine the Price to Sales Ratio (PSR, or P/S). Checking a company’s earnings isn’t much use if it isn’t in profit yet, and growth forecasts often don’t exist (or, for a company that hasn’t really had much growth yet, can be very inaccurate). And asset-based valuations are only of limited use, providing some sort of downside protection for investing in asset-rich companies.

But the one thing (nearly) all companies do have is turnover — if it isn’t selling anything, it isn’t a company (or at least, it won’t be for long). And if there is a figure for sales, we can compare that to the share price.

There are two ways to calculate a company’s PSR. One would be to take its share price and divide that by its turnover per share figure, just as we divide the share price by the earnings per share to get the P/E ratio. A potential problem is that we might not have a turnover per share figure to hand, but we can get the same result a different way, by dividing the total market capitalisation of the company (which is just the value of all its shares in total) by the total turnover.

But is a large or a small PSR better? When we invest in companies, we want to buy their shares when they’re cheap and sell them when they’re expensive, so by any measure that divides the share price by some other metric, the lower the value the better — other things being equal. But, as usual, other things are rarely equal, and it is important to be comparing like with like.

If we compare Tesco with J Sainsbury and Wm Morrison, we find the following PSR values:

So on that ratio alone, Sainsbury looks like the best value of the three. Obviously, if we were considering investing in any of these three, we’d compare lots of other things too. For example, Sainsbury offers the best dividend yield, at 4.5%, with Tesco second on 3.6% and Morrison on 2.4%. On P/E ratio, Tesco comes first with 11.9, Sainsbury next on 14, and Morrison third on 14.3. And then the three companies’ growth forecasts for the next two years are different, and so on.

What do we find if we compare wholly different companies? If we have a look at, say, chip designer ARM Holdings, we find a company with a Price to Sales ratio of 4.6, which is about 9 times Tesco’s figure. The reason for the difference is twofold.

Firstly, ARM is expecting higher future growth than Tesco — demand for supermarket basics can’t hope to grow as fast as demand for processor chips in today’s mobile-gadget world. And superior future growth is always worth a bit more cash on a share price today.

But that’s only part of the story. If ARM had exactly the same growth expectations as Tesco and traded on a similar P/E, it’s PSR would still be a lot higher, and that’s because ARM has a much higher profit margin. Tesco, along with other supermarkets and similar stores, sells large amounts of low-margin goods, meaning that a smaller percentage of sales turns into actual profits. ARM on the other hand, sells the results of its design expertise, which doesn’t require turning over huge amounts of goods. So for the same profit, ARM doesn’t need to sell as much, and so a fair share price will be higher compared to its sales figures.

Other sectors will be different again, and when looking at a ratio like the PSR, it really is important to understand the relationship of the ratio to a company’s (and its sector’s) profit margin.

Do you add in debt?

There is also an alternative way of calculating the price to sales ratio. Rather than just looking at market cap i.e. the value of a company’s shares, some people look at the total value of the shares plus the company’s net debt position.

These days, many companies are overloaded with debts so it’s often worth checking the debt version of price to sales, especially if the first method gives you a very low figure.

Finally, of course, always remember that no one ratio will give you more than a small window on a company’s valuation — you need to peer into all the other windows too.

Identifying the best investment opportunities requires long hours of in-depth research. But having a true ‘edge’ can make all the difference to your portfolio’s returns, especially during a bear market like this one.

That’s why, when it comes to helping to select their next investment, thousands of UK investors turn to Motley Fool Share Advisor. Led by a world-class team of expert investors, The Motley Fool UK’s flagship share-tipping newsletter alerts its members to 2 high-potential, high-conviction UK and US stock recommendations each and every month.

These are the sort of investment opportunities that could help contribute to life-changing scenarios. And right now, you can access ALL of them for just pennies a day. What to Invest In: 7 Types of Investments to Make Money

So, you’ve decided you want to invest some of your hard-earned cash. But choosing exactly what to invest in can seem daunting. After all, there… 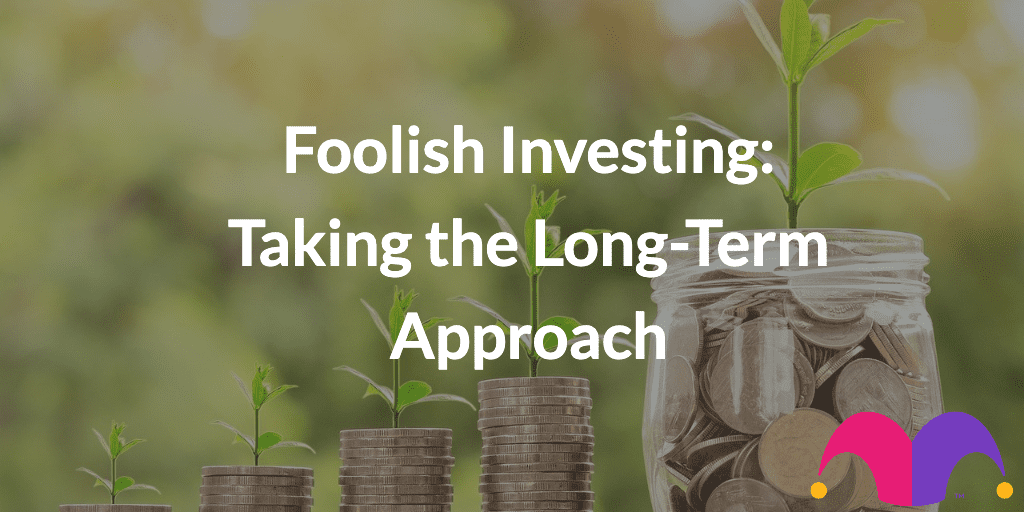